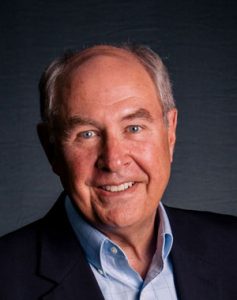 Professional Experience
Kurt began his professional career with the City of Grand Rapids as an Administrative Assistant in the Systems and Fiscal Management Department. Over the next 13 years, he was promoted to several positions of increasing responsibility within the City organization, culminating in his appointment as City Manager in 1987 at the age of 36. For the next 22 years, Kurt worked as the City’s top executive, providing exceptional leadership to an organization with 1700 employees and an annual budget of $350 million. During his tenure, Kurt received numerous awards and accolades for his distinguished service and leadership.

Education and Training
Kurt received a B.A. in Contemporary Diplomatic Studies from the University of Michigan and an M.P.P. in Public Policy at U of M’s Gerald R. Ford School of Public Policy. Kurt is a graduate of Leadership Michigan and has taken coursework at the Menninger Foundation and Harvard’s John F. Kennedy School of Government. He also is certified to administer Myers-Briggs Type Indicator assessments.

Personal
Kurt lives in the City of Grand Rapids with his wife, Randy. They have two grown daughters and four grandchildren. Kurt and Randy are active at First United Methodist Church in downtown Grand Rapids and have a rich history of service on various volunteer boards in West Michigan. Kurt consulted with the team that brought ArtPrize to Grand Rapids in 2009-2011. He enjoys golf and maintains an interest in public policy issues and governmental affairs.

Why we do
what we do

Scroll back to top